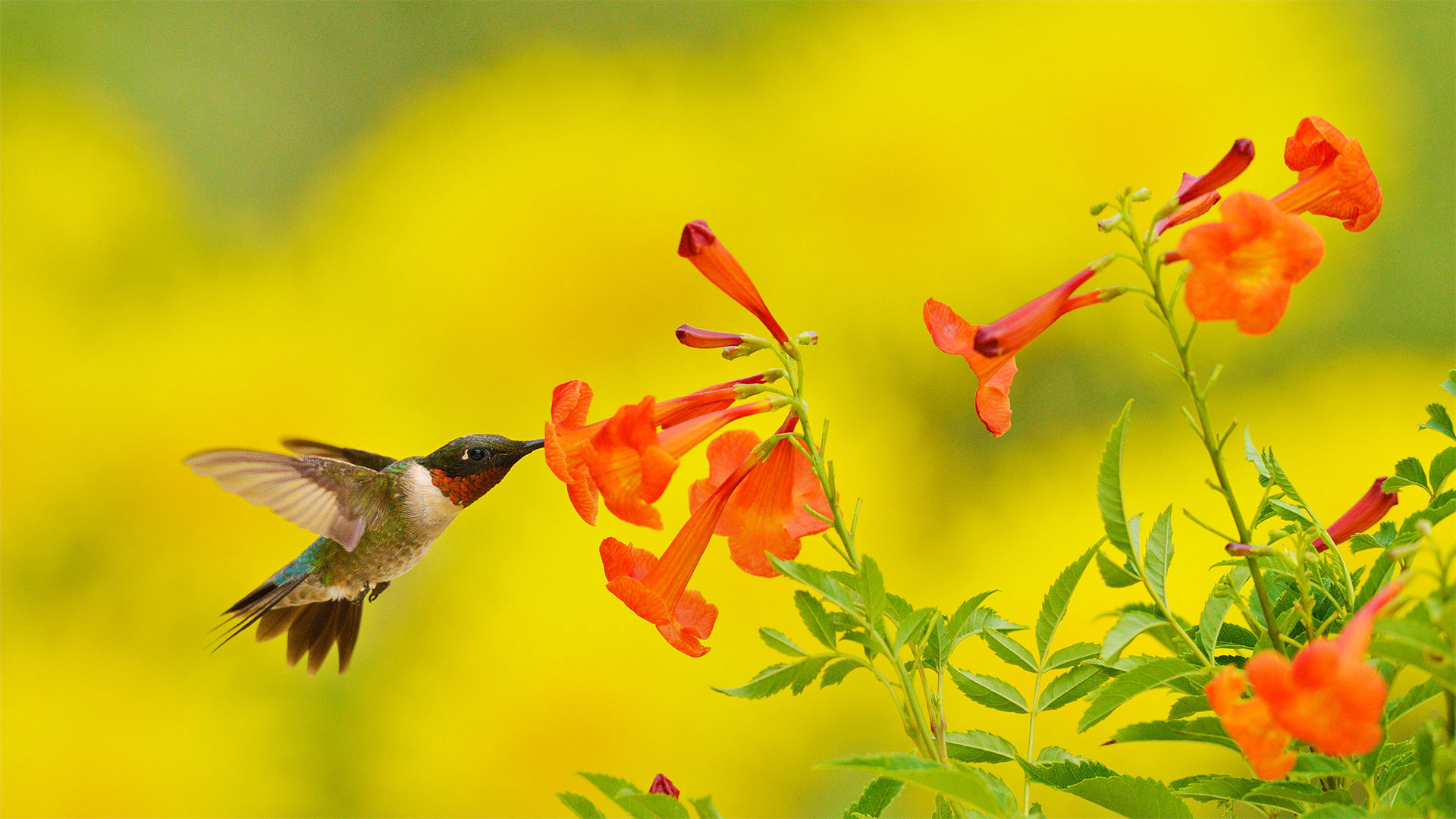 The ruby-throated hummingbird in today”s homepage image is snacking on some yellow bells in the Texas Hill Country, preparing for its long journey south for the winter. This time of year, the hummingbirds leave the northern latitudes of the eastern US and Canada, migrating to the warmer climes of Mexico and Central America. Along their route, many will cross the Gulf of Mexico in a single 500-mile flight, which can take 18-22 hours of nonstop flying at speeds of up to 35 miles per hour. Tiny but fierce, the ruby-throated hummingbird weighs less than a nickel. It beats its wings about 53 times a second on average, but during courtship the wingbeat rate increases to 200 times per second, the fastest of any bird.