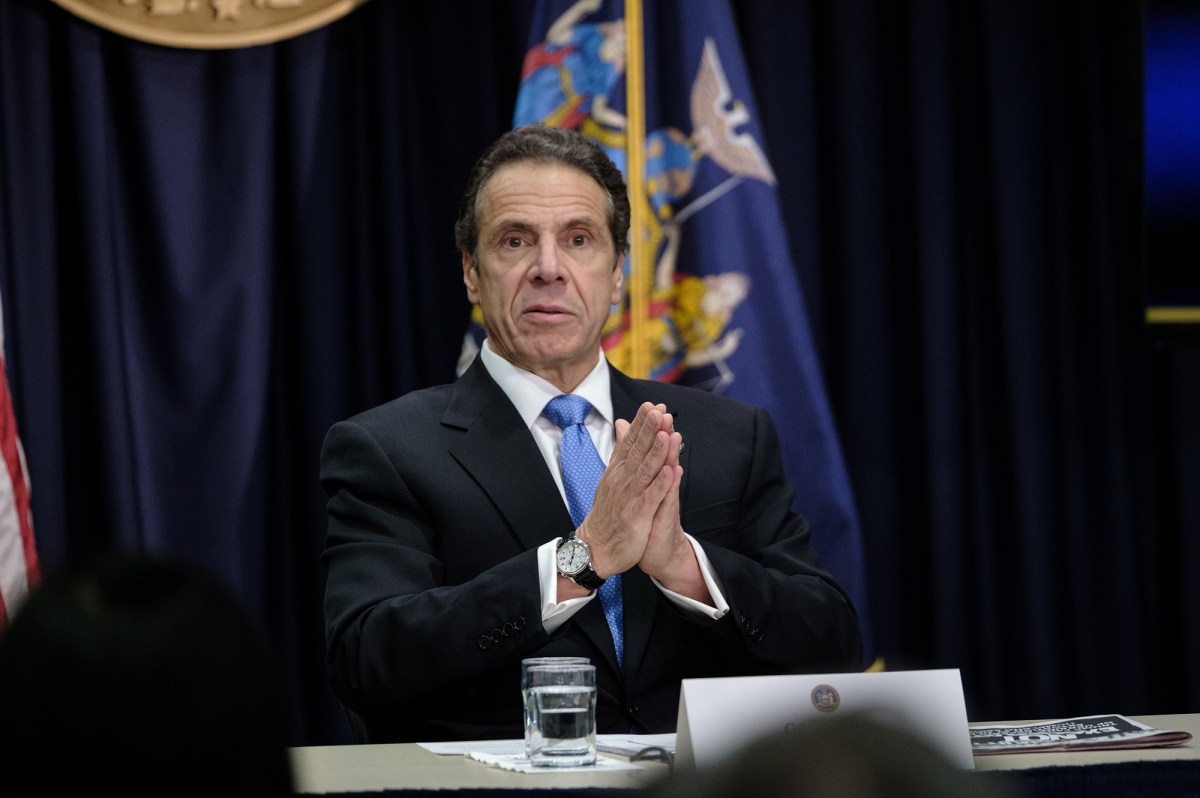 Hey, when the man’s right, he’s right. Of course, he might consider supplying some — leadership, that is, as opposed to bullying Mayor Bill de Blasio. And if that were to happen, it could be like April showers on a parched mountain meadow: Flowers might bloom.

It would take a whole lot of rain, though. Cuomo was speaking of the five boroughs, but the Empire State’s leadership drought is close to universal. It descends from the top of the state’s congressional delegation, through the state capital itself, and, most especially, it includes all of New York’s big-city mayors. For example:

“I will not meet with Judge Amy Coney Barrett,” Gillibrand said Sunday. “This nomination process is illegitimate.”

Well, it may be impolitic, but it’s not illegitimate; Gillibrand can check the Constitution. In any event, these things are supposed to be considered in what was once known unironically as the world’s greatest deliberative body. So while taking a pass is the senator’s privilege, she gets no points for leadership.

James has taken a little-steps-for-little-feet approach: Cops should back off traffic offenses and warrant enforcement. It’s by no means an original concept; reducing contact between cops and put-upon criminals is what the defund-the-police movement is all about.

New York’s big-city mayors have largely signed on, too, and when they stood down their cops, municipal rioting more or less died down, too. But crime is rising sharply, shootings remain endemic and innocent victims abound. (A Queens woman was killed Wednesday morning by a stray bullet that drilled through her bedroom window, the day’s most egregious murder.)

So James’ solution is no solution at all; she also gets an F for leadership.

Take a bow, Bill de Blasio. You can lead the way to the Park Slope Y, yes, but to where else?

All of this, and more, falls heavily on Cuomo’s shoulders, and it’s easy to feel some sympathy for him. Or it would be, if he weren’t so overbearing and ­inconsistent.

Right now, he is threatening to send the National Guard to polling places on Election Day, an option that was off the table when looters were rummaging through Macy’s Herald Square in June, but which may be necessary now, because, well, Cuomo can’t really say.

He certainly has the authority to big-foot localities. Federal ­republics vest extraordinary power in state governors, and New York’s own Constitution doubles down on that: Cuomo effectively controls state budgeting, aid to localities and other carrots for bringing mayors around.

Using the power effectively requires subtlety, patience and imagination — skills brought to an art form when Gov. Nelson Rockefeller rescued the city from Mayor John Lindsay’s ­excesses in the 1960s, and when Gov. Hugh Carey did the same at the end of Mayor Abe Beame’s single term in the mid-’70s.

Right now a fiscal avalanche is bearing down on New York, along with related social disruptions. Cuomo’s usual tools — bluster and a blizzard of executive orders — won’t likely get the job done.

The municipal unions have him outgunned; the Democratic Party’s hard left has him hemmed in; New York’s business community, squeezed by lockdowns and out of patience after months of arbitrary governance, is looking elsewhere — and Albany’s legislative talent pool is about six inches deep.

This adds up to a challenge, but perhaps also an opportunity? “It’s a question of leadership,” said Andrew Cuomo Tuesday. Quite so.