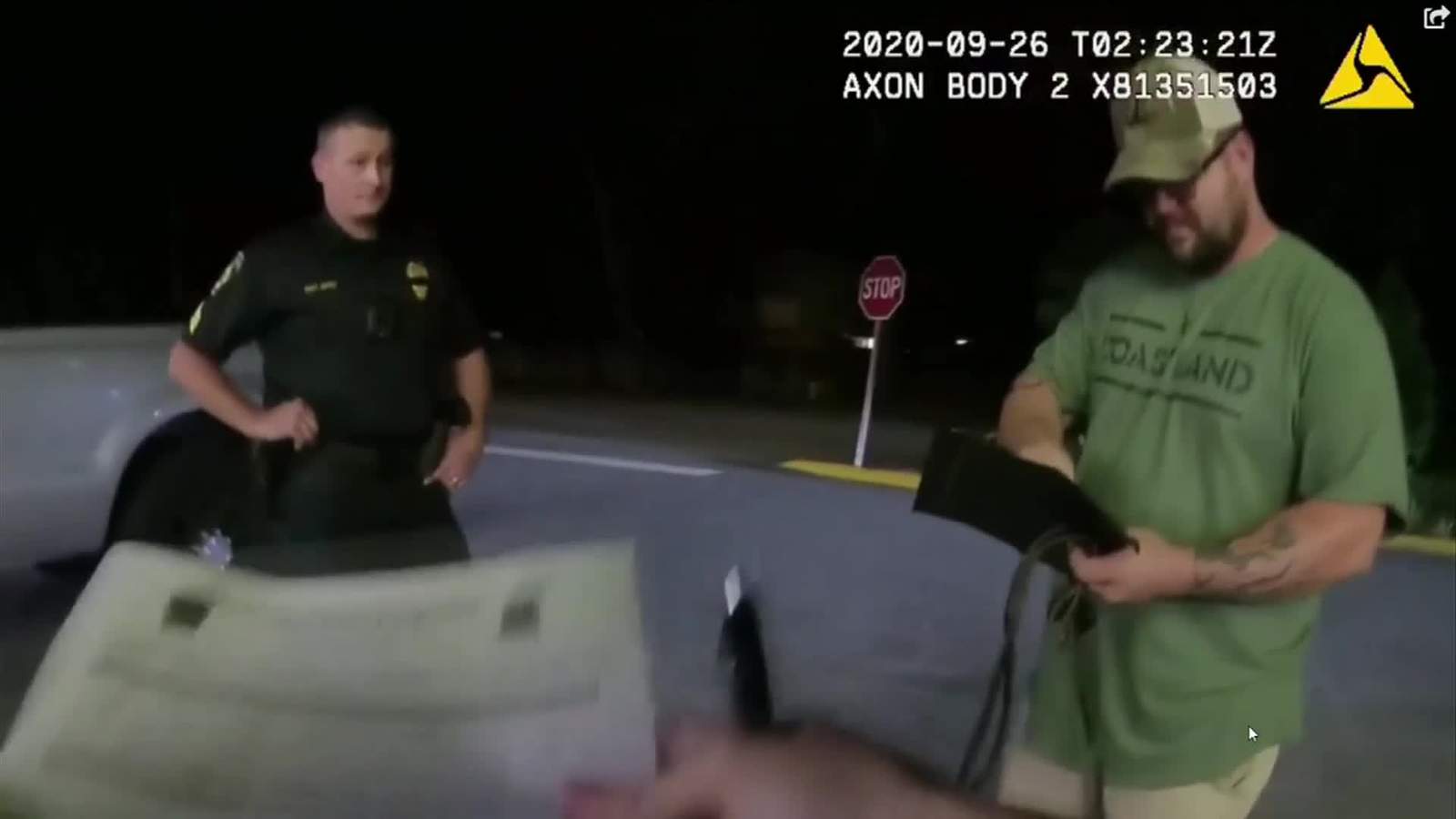 An Army veteran with a service dog by his side said he was denied service at a Florida bar and told his dog could stay, but he had to go, police body camera video shows.

“I was crying because I was so hurt that someone would actually do this to a veteran — and not even a veteran but someone in general,” said Stephen Harmon, who spoke with reporters during a news conference Wednesday about his ordeal.

Harmon told News4Jax by phone that he recently went to the Port Hole Bar and Grill in Port Orange after neighbors told him it was a great place to grab a beer and eat fish and chips.

“When I walked in, I was greeted by a bartender who said I can’t have a dog in there. When I told him he was a service dog, the manager came up and said no dogs allowed,’” Harmon recounted. “She told me the dog can stay, but I have to go, and I was confused by that statement because who’s going to leave their dog unattended anywhere, especially a service dog?”

Police were called to the bar, and body camera footage, which was obtained by WKMG-TV, captured what the manager told one of the officers.

Officer: “Was there a disturbance or something?”

Manager: “No, we just don’t want to serve him.”

Officer: “You just don’t want to serve him?”

The manager had Harmon trespassed from the property.

Days later, several other veterans showed up at the bar with their service dogs after hearing about what happened to Harmon. And like Harmon, a video, which has gone viral, shows they were told by a different manager: “The dogs can stay, but the owners of the dogs have to leave.”

Dog trainer Alexandra Clark was one of the veterans asked to leave.

“Is this because we’re disabled and have service dogs that you’re going to discriminate against us and say we’re not allowed to be in the restaurant?” Clark questioned.

But according to Harmon, the damage is already done.

“Now I’m worried that any place I go, there’s going to be this kind of altercation again,” Harmon said.

Harmon went on to say a discrimination lawsuit against the bar is still on the table despite the apology.

According to the Americans with Disabilities Act, businesses that serve the public generally must allow service animals to accompany people with disabilities who enter that business.