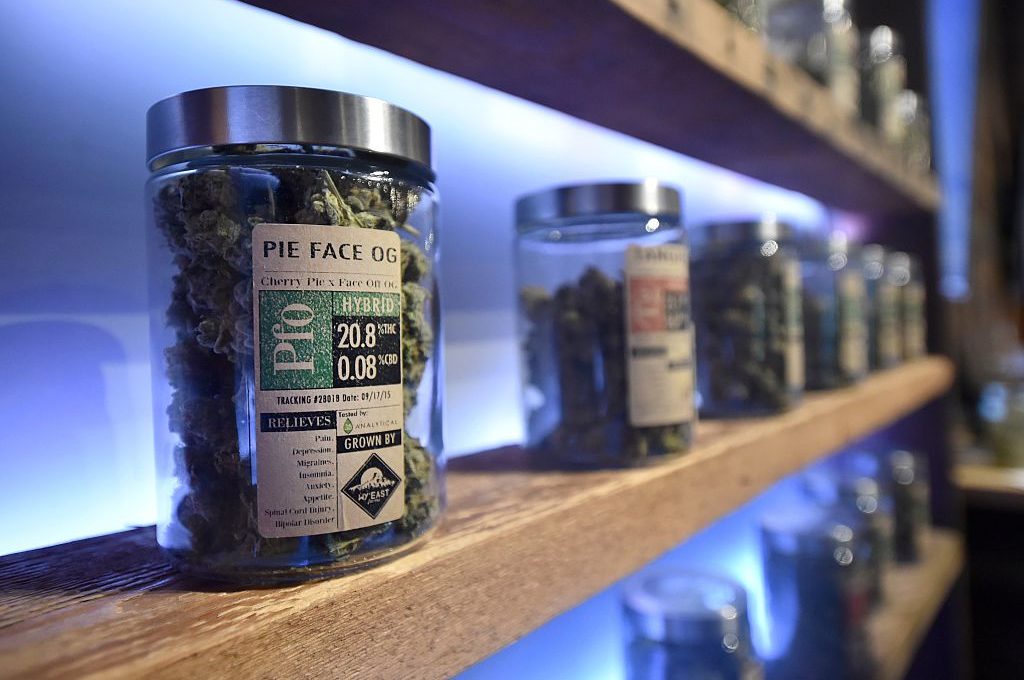 It is two o’clock on an unusually mild December afternoon here in suburban Seattle, and I’m sitting on my back porch smoking marijuana.

Passively smoking, I should add, lest I shock any reader by this lapse, but smoking nonetheless. Since 2012, when the voters of Washington State chose to decriminalize it, my part of town has been especially fragrant with the acrid smell of pot. A thick haze of the stuff lingers long in the air these quiet lockdown days. It’s become one of the distinctive characteristics of our street, and indeed of much of Seattle, that environmentally obsessed city once proverbial for its snow-capped mountains and sparkling lakes, and now too for its odiferous and pungent residential neighborhoods, where musky clouds roll through the homes of rich and poor alike.

That’s the great thing about the epidemic we unleashed on ourselves eight years ago here in the Pacific Northwest. Just as its host society was originally meant to be, it’s completely egalitarian. All drugs are morally neutral. They will destroy your life, and the lives of your neighbors, irrespective of your race, creed, or religion.

When I recently went down to investigate the retail marijuana business in my south-Seattle neighborhood, I found I was somewhat spoilt for choice. I eventually narrowed the search to four outlets that sit side by side in a single suburban block: The World of Weed (or ‘WOW’), Clutch Cannabis, Kush Co. and Puff Puff Pass, the last of which isn’t to be confused for the drivers-ed school a few doors up the hill. Washington’s ever-vigilant governor Jay Inslee recently ordered the closure of all movie theaters, gyms and museums, as well as imposing strict limitations on schools, churches, and restaurants, but the merciless dragnet somehow missed the state’s 485 officially sanctioned pot stores.

After collating the results of my research, I found that the most popular brands in my part of the world range from the high-end ‘AG’ at $16 per gram, down to the priced-to-move ‘Night Nurse’ at $7, with options like ‘Strawberry Mango Haze’ and ‘Guerrilla Glue’ in between. In the ‘Concentrates’ area, my eye traveled to the ‘F***ing Incredible Tanker’ and the ‘Cannatonic [sic] Wax’ products each available at $32 per gram, although for the really good stuff you apparently need to consider the merits of ‘Live Resin Kandy Kush’ at around a hundred bucks a pop.

The state of Washington currently helps itself to a 37 percent tax on all retail sales of marijuana. In 2014 that added up to $16 million in Gov. Inslee’s coffers. By 2019, the figure had risen to $742 million. Since getting stoned is one of the few recreational activities not currently banned by government fiat, the total is projected to top $1 billion in fiscal 2020. In an absurdist twist, the state spends roughly $50 million of this annual windfall on what it calls ‘the promotion of prevention of recreational drug use’, with an increasing chunk devoted each year to ‘youth residential treatment services’ for marijuana and other addictions.

Oddly enough, despite there being more than twice the number of legal drug dispensaries than McDonald’s outlets in Washington, the black market for pot lives on. The reason is simple economics. Thanks to a glut in production, licensed marijuana growers in Washington can currently expect to sell their crop at anything from $300 to $1,500 a pound, depending on quality. In the 34 states that still have recreational-drug restrictions on their books, the same product can easily fetch five times as much. That’s a powerful incentive for hard-pressed local farmers to ship their wares outside the state-controlled market.

On Christmas Eve 2017, Washington law enforcement confiscated over 33,000 marijuana plants worth more than $90 million after executing 50 search warrants during a three-county drug bust involving an illegal farming and distribution operation run by Chinese nationals. Then this past Thanksgiving the embattled Seattle police paused in their new role of patrolling the streets against outbreaks of racial insensitivity, gender bias, homophobia, or other breaches of the moral consensus to enforce the few remaining drug laws, taking another 17 suspects (by coincidence, many also of Chinese origin) into custody. The number of violent disputes involving unlicensed marijuana transactions remains ‘off the chart’, a King County Sheriff’s deputy told me speaking on grounds of anonymity, recalling with a shudder his early-morning call to the parking lot of a suburban Seattle 7-11 store where a young marijuana dealer lay on the ground writhing in agony after being set on fire by a disaffected customer.

In Washington, eliminating scenes like that one was meant to be part of the promise of decriminalization back in 2012. Perhaps only a government agency could ever have believed it. Those same regulators also require that licensed marijuana producers supply detailed information about their activities each month, such as the exact location of their crop, how much inventory they hold, and what security measures they have in place. The Washington Liquor and Cannabis Board in turn obligingly posts much of this information online, where it is available to the public. The results would be easily predictable to anyone but a state-funded bureaucrat. Criminals regularly use the data to enter invitingly full warehouses, having disabled any cameras or alarms, and relieve the producers of their ready-to-ship crop. In February 2018, hackers took this time-honored technique a step further and broke into the state’s supposedly foolproof ‘Marijuana Traceability System’, among other things stealing the detailed maps filed by growers for the transportation of their product. No one in authority noticed the theft for several months. ‘The inevitable happened,’ my Sheriff Department’s source told me. ‘It was literally highway robbery.’

In neighboring Oregon, meanwhile, voters have just passed the latest bold initiative to move the guardrails once defining acceptable community behavior. By a 59-41 percent majority, Measure 110 decriminalizes the ‘personal possession’ of small quantities of hardcore drugs, including cocaine, heroin and methamphetamine, as well as reducing penalties for possessing larger amounts. Some 60 years after Ken Kesey and his Merry Pranksters set off on an acid-fueled road trip across the US, his fellow Oregonians can now legally enjoy the charms of psilocybin, the active ingredient in magic mushrooms, for the purpose of what the legislation calls ‘personal development’.

Perhaps it’s no wonder that a group called Move The Border is currently gathering signatures for a ballot initiative to have Oregon’s rural counties secede from the rest of the state and join Idaho. It’s struck by the contrast between the large parts of Oregon characterized by their long rows of neat clapboard houses, many with a US flag fluttering out front and a small enclave around Portland where nightly riots are the rule and prolonged periods of municipal calm the exception. Somehow unsurprisingly, Oregon’s one-party state government is united in opposing the secession push. It may be easier to pander to the small number of ‘activists’ who have turned greater Portland into the Caracas of the Pacific Northwest than, say, to ensure that all local school children can read adequately, or that the city streets are relatively safe at night: but those are problems whose solutions would require precisely the qualities the state’s entrenched political elite lacks, such as courage and selflessness.