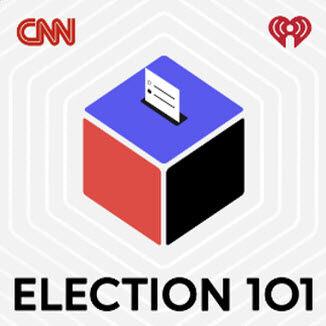 CNN Audio and the iHeartPodcast Network are teaming up to launch “Election 101,” a new co-produced podcast that the companies say will “demystify” the American political system while offering a unique perspective on the inner workings of the electoral process. Hosted by CNN correspondent Kristen Holmes, “Election 101” is designed to answer questions that are weighing on the minds of Americans as the country approaches Election Day.

The ten-episode series will serve as an explainer for listeners who may be overwhelmed by our current political environment, while offering a “back-to-basics” narrative that explains the stakes and consequences of our long-standing institutions and how they play into American elections. The list includes the two-party system, mail-in voting, voter security, gerrymandering, the Electoral College, political conventions and campaign finance.

The new podcast will also explore hot-button issues that have come up during the 2020 presidential campaign cycle, including Medicare for All, climate change, student debt, gun control, immigration, income inequality, trade deals and the Supreme Court.

New episodes will be released Wednesdays and are distributed by the iHeartPodcast Network.

“Election 101” is the third political podcast introduced by CNN Audio in recent months. It has also launched “The CNN Political Briefing,” a daily ten-minute series hosted by CNN Political Director David Chalian. The other new podcast is CNN’s “Politically Sound,” which takes a big picture look at each week’s top political headlines. It is hosted by Chalian and Senior Political Reporter Nia-Malika Henderson.