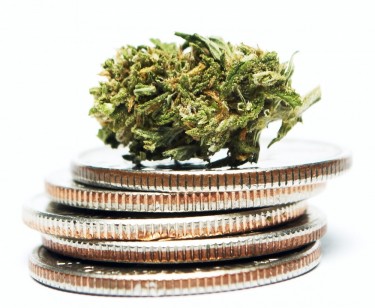 The current trend of legalization and acceptance of cannabis is bound to have an effect in a number of areas in the cannabis economy. The growth of the cannabis industry has seen more players come into the industry. It has also seen the influx of new investors and entrepreneurs with the aim of propelling the industry to greater heights. The introduction of such factors will affect some aspects of weed as we have come to know it. One such area is the aspect of the price of weed.

The current price of weed varies from market to market. Though there is a reasonable range of prices presently available, those prices are still not properly regulated. This article will help to show just how cheap weed can be in the future and the factors that can account for the change in price.

Weed price and saturation of the industry

The major factor expected to affect the price of weed is the saturation of the industry. This reality is bound to affect the cannabis farmers more as competition arises. With more cannabis markets opening and competition increasing, the cost of weed on a retail level is bound to drop. The same is expected to happen on the wholesale level as well which means good news for most consumers. The increase in competition ensures that more cannabis is made available and this is usually backed up by a reduction in price.

Prior to this period of growing acceptance, the price of cannabis products have always been on the high side. This was primarily because of the illegal nature of some of the processes involved in making the product available. Though high, the price was still affordable for most customers. However, most of these products were usually of low-quality and low potency. Better products with improved potency always correlated with an increase in price which was how the industry operated before saturation.

The saturation of the industry, as well as the expected roles to be played by the government in the nearest future, is bound to balance prices. International trade is also bound to help promote the trend of reduced price further prompting the expectation that global legalization will reduce prices. The possibility of low-cost cannabis at a possible rate of $100-per-pound is still very much attainable.

Apart from the effect of saturation of the industry which prompts regulation of weed prices, there are other factors that play a part in controlling the price of weed. Here are some of those factors that can ensure that weed becomes cheaper in the years to some. Some of these factors include the promising role of technology, large scale production, and the role of the government.

The cannabis industry has gradually seen the introduction of technology of different aspects of the industry. One area that has largely benefited from the input of technological advancement is the area of cultivation. The input of technology has helped to improve yield while reducing some of the means of production and lowering prices. Technology helps to improve supply which will meet constant demand from the market and then necessitate a reduction in price.

Technology has also helped more than the cultivation aspect of cannabis. Manufacturing has also improved with the use of specialized instruments to easily make cannabis into different forms of the finished product. These roles of technology are bound to remove some of the problems faced during cultivation, manufacturing, and distribution processes. By making those processes easier, the expected effect is an impact on the price of cannabis.

To promote this future of low prices, however, full-scale automation of the facilities involved in the production. Most of these technologies have already been utilized in the cultivation and production of other crops. This means they can easily be introduced into the cannabis industry and optimized. With these improvements, the cost of production is reduced which ultimately reduces the price.

Role of the government

One of the benefits of decriminalization is that the government becomes more actively involved in the running of the industry. Prior to the age of acceptance of cannabis, the role of the government was largely towards prohibition. This promoted the continuous war on drugs which saw many nations go with the prohibition of the natural herb. With the scheduling of cannabis as a Schedule 1 narcotic, the prices skyrocketed due to illegal activities needed to make them available. With the cooperation of the government, this is bound to change.

The influence of the government in the activities of cannabis is bound to have an impact on prices. The government can help to ensure policies that will ensure prices are regulated. This will help to promote low-cost cannabis and ensure that prices do not fluctuate. This is why many cannabis advocates and drug reform activists are constantly applying pressure on governments.

The truth is that it is still very early to say what the prices of cannabis might be in two years or more. However, the early indications point towards the fact that prices are bound to be lesser than what they are right now. Competition is bound to play a huge role in regulating prices, likewise the input of technology. Expansion and the input of the government with the right policies will then complement their effects. With these factors playing their part in regulating the prices of cannabis, we can be sure that weed will become more easily accessible and affordable for everyone in the future. 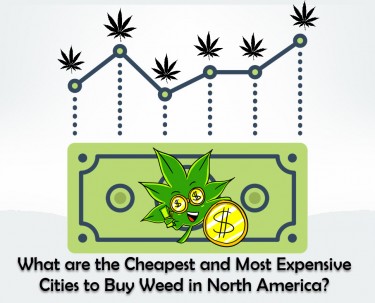 WHERE IS THE CHEAPEST AND MOST EXPENSIVE WEED IN AMERICA? 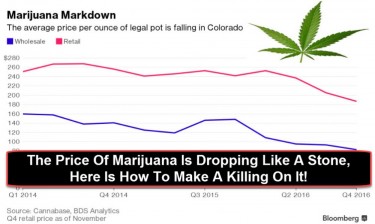 THE PRICE OF CANNABIS IS DROPPING, HERE IS HOW TO MAKE MONEY!