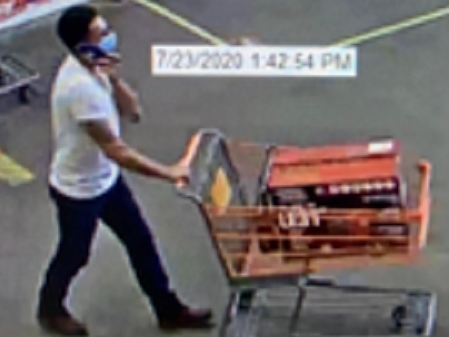 HAMDEN, CT — Police are asking for help with identifying a man accused of trying to steal more than $1,000 worth of power tools from Home Depot in Hamden. The attempted theft took place July 23 at The Home Depot, 1873 Dixwell Ave., according to police.

The suspect left the store with stolen power equipment that was valued at $1,028, according to Capt. Ronald Smith. He was approached by a Loss Prevention Officer and left the stolen merchandise behind, leaving the area in a black Dodge Ram, 2500 series, Smith said.

The suspect is described as a Hispanic man with a thin build who was wearing a white T-shirt, blue jeans and brown shoes.

Anyone with information is asked to contact Officer Edward Stoor at 203-230-4030.