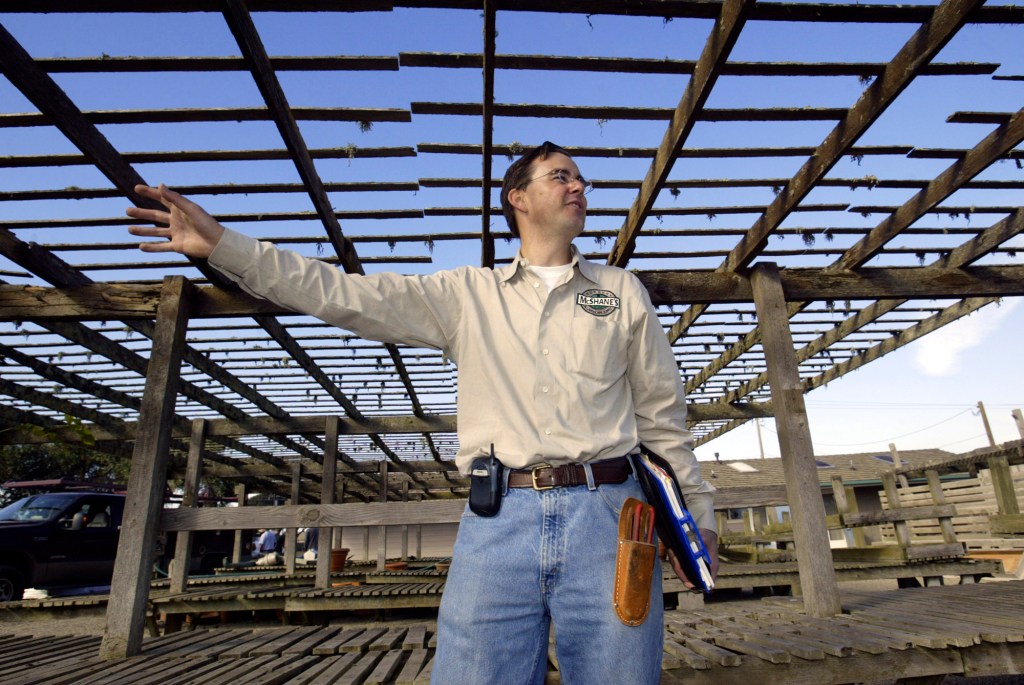 SALINAS — A proposal to provide an exception for a cannabis shop backed by Salinas construction magnate Don Chapin on the former McShane’s Nursery site allowing retail sales on farmland zoned property, where it is currently prohibited, got the OK to proceed from the Monterey County Planning Commission on Wednesday.

But commissioners also expressed concern about granting one property owner a special favor over other landowners and business owners along the Monterey-Salinas Highway corridor just outside the southern Salinas city limits where the proposed marijuana retail, manufacturing and limited cultivation operation would be located.

By a unanimous vote, the commission agreed that granting a general plan amendment to create a special treatment area and re-zoning for the proposed shop could potentially meet the county’s criteria for taking such action.

But the commission also directed staff to analyze the potential for creating a broader special treatment area that would offer others along the highway corridor an opportunity to also pursue cannabis sales on farmland-zoned property.

Commissioner Martha Diehl said she agreed with other commissioners that the proposed cannabis operation was in a good location and hoped it eventually would move forward. But Diehl also said it would be a “difficult argument” for the county to make that a targeted special treatment area wasn’t a “grant of special privilege.”

“It’s important to ensure this opportunity is equally distributed,” she said, calling it a “fairness issue.”

Chapin told the commission he believed there would be more cannabis business proposals in the area but noted that county staff had suggested it could take years and more extensive environmental review to move forward with broader special treatment areas, and he said that “didn’t make sense” to either county staff or the Board of Supervisors.

Last month, a split county board remanded Chapin’s project back to the commission to consider a proposed special treatment area after Chapin had appealed the commission’s rejection of his cannabis operation last summer.

Commissioner Martha Duflock noted the county board’s direction and argued that Chapin had simply proposed his project before others, and Commissioner Ernesto Gonzalez said he was open to the more limited special treatment area that he argued could serve as a “good precedent” for cannabis retail sales on farmland like other agricultural products.

Staff is now required to conduct an environmental review of the proposal and process all entitlements and is expected to return to the commission by August and then to the county board by October.

Chapin’s proposal has emphasized partner and fellow construction business owner Rick Cabrera would lease the site and own the proposed cannabis operation as a rare local Latino cannabis industry business owner, and the racial “equity” angle.

But Diehl rejected the equity argument by pointing out that Chapin as the property owner would be the permit holder.

On Tuesday, the Board of Supervisors agreed to move forward with easing the county’s requirement for indoor cannabis cultivators to provide onsite renewable energy in an effort to be more competitive in the industry since the county is the only one in the state with such a mandate. Cultivators would still be required to use renewable energy for their operations but would be offered other options such as carbon offsets to meet the requirement.

On Friday, the county cannabis committee is set to review millions of dollars in cannabis tax revenue on one-time spending initiatives and how it compares to priorities set out in a community engagement progress conducted in 2018, as well as the opportunities to recover funding and replenish the fund. At one point, the cannabis fund topped $28 million but all of that money has since been dedicated to a variety of spending needs including millions for the county’s COVID-19 pandemic response. Ongoing cannabis tax revenue funding has also been dedicated to the county’s general fund.

The committee is set to conduct a remote meeting at 10 a.m. Friday.