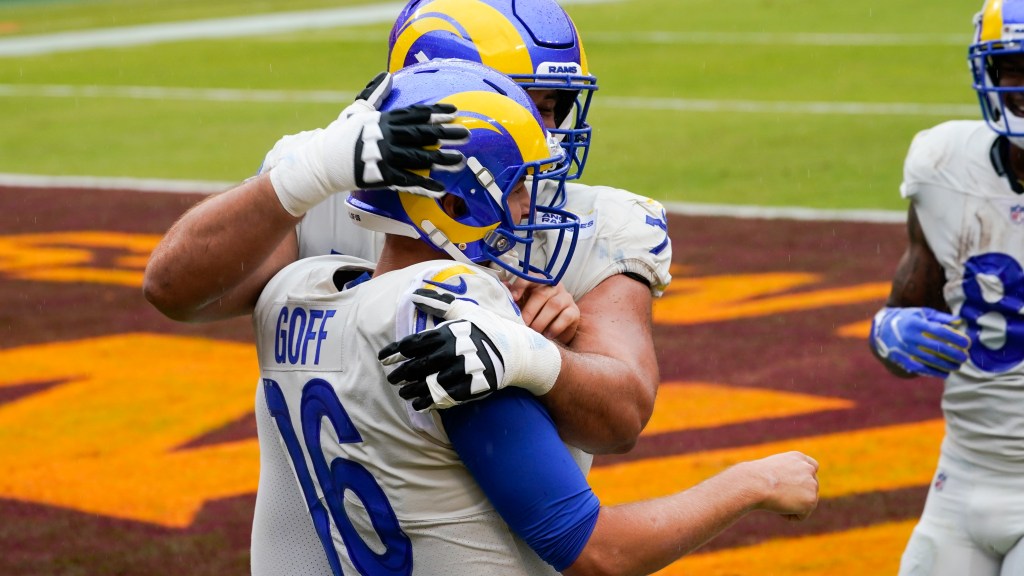 The Rams began the year with better Super Bowl odds than only 10 teams. Analysts were bearish on Los Angeles’ chances of winning it all this season, stemming from the team’s offseason moves and struggles in 2019.

But after five weeks, the Rams are sitting at 4-1 and right in the thick of the race for the top seed in the NFC. Obviously, it’s still early in the year, but the Rams look every bit like a Super Bowl contender.

The analytics are on their side, too.

According to ESPN FPI (Football Power Index), the Rams have the fifth-best chance to reach the Super Bowl, behind only the Chiefs, Ravens, Seahawks and Packers. Their odds sit at 17.2%, with a 7.9% chance to win it all.

What hurts the Rams is the competitiveness in the NFC West. It’s the best division in football, which has the Rams’ postseason chances (88.1%) slightly lower than the other elite teams on ESPN’s list.

It also doesn’t help that the Rams haven’t beaten any teams outside the NFC East, though they did almost pull off a remarkable comeback against the Bills in Week 3. They’ll be tested in the coming weeks against the 49ers, Bears and Dolphins, and after their Week 9 bye, the schedule gets especially tough.

With an extra playoff berth available this year, the Rams do have a good chance to make the postseason, and if they get into the dance, they’ll be as feared as just about any team in the playoffs.