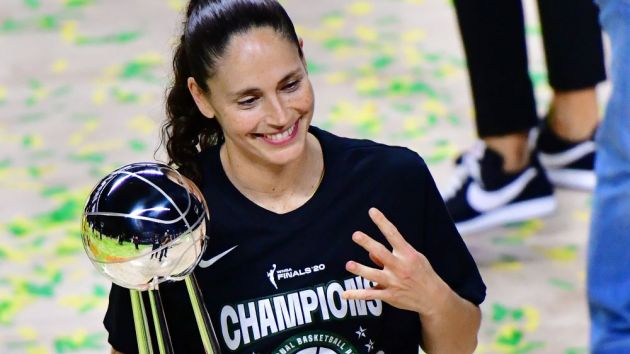 ESPN’s coverage of the Seattle Storm’s 92-59 title-clinching victory over the Las Vegas Aces in game three of the 2020 Women’s National Basketball Association (WNBA) finals drew an average 570,000 viewers, the US broadcaster has confirmed.

The audience figures were up 34 per cent over game three of the 2019 WNBA finals, albeit that series was tied 1-1 at the time. Last year, the WNBA championship was decided in game five, but this year’s title clincher drew 27 per cent more viewers than that the Washington Mystics’ 89-78 equivalent win over the Connecticut Sun.

The Storm’s victory takes their title tally to four and brings the curtain down on an entire season for the US elite women’s basketball competition played in a bio-secure single location at the IMG Academy in Florida.

In April, the coronavirus pandemic also forced the WNBA to host its 2020 draft remotely for the first time in its history, with ESPN’s coverage attracting an average of 387,000 viewers and marking a 123 per cent increase on the previous year’s ratings.