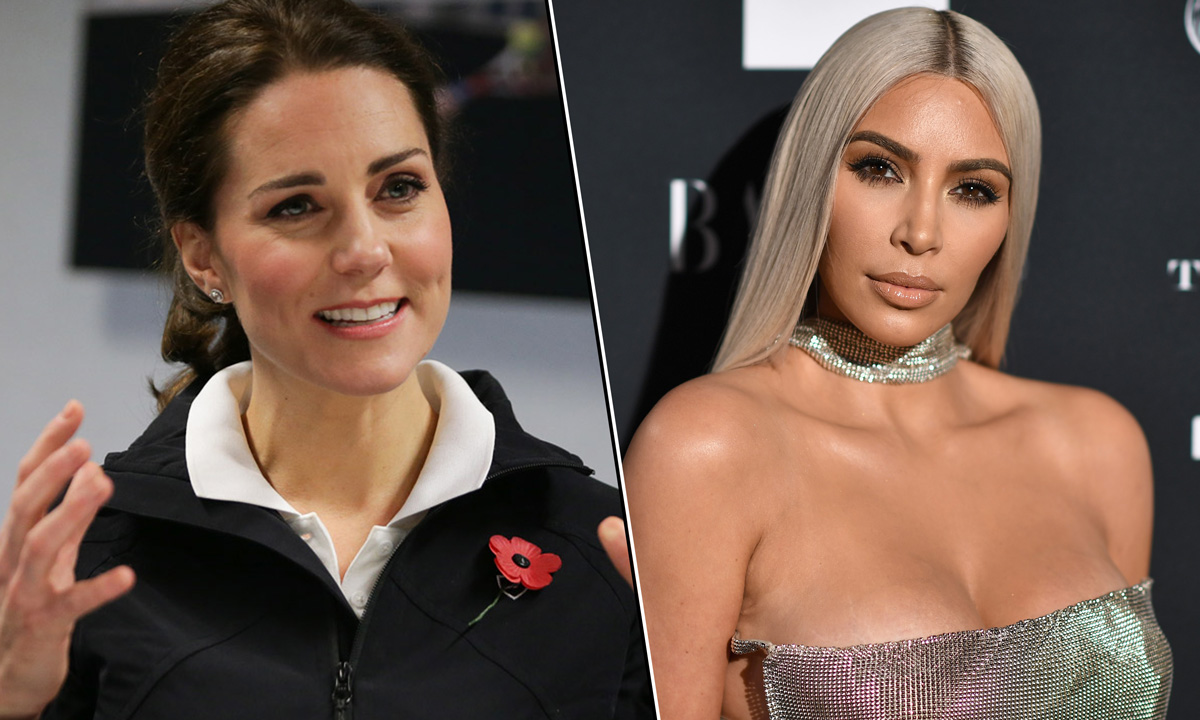 It may not be obvious, but there is a strange connection between Kate Middleton and Kim Kardashian. Sure, both are very fashionable and love heels, but how could these two celebrities have crossed paths?

It actually very much has to do with footwear. When the Duchess of Cambridge turned 30 in 2012, Kardashian and the team at ShoeDazzle created a pair of heels just for her. They were called “The Duchess,” and sadly, we’ll never see Kate wearing them.

According to a video Kardashian posted on YouTube wishing Kate a happy birthday (but, let’s be honest, it was really to promote herself), she said of Kate, “Her style, I love personally, and I think that every woman should feel like a princess every day.”

ShoeDazzle described “The Duchess” as “classic quilting and graceful silhouette channels the Duchess’s classic style.” A quick scroll through the site and it doesn’t appear “The Duchess” is available anymore, however, there are several pumps with the name “Royal Wedding.”

According to Express, the same year Kim launched “The Duchess”, she and her Kardashian sisters also launched a fall collection at Dorothy Perkins — a U.K. women’s fashion retailer — and sent some samples to Kate.

Per Express, “An insider told the Daily Star that the Kardashians ‘hoped Kate might be seen wearing one of the designs out in public, which would give their fashion credentials a huge boost.’” Of course they did.

RELATED: Some People Are Mocking Kate Middleton For This Questionable Fashion Faux Pas

Anyone who knows anything about The Royals knows that they follow pretty strict protocol. Royal rules dictate that the Duchess can not accept unsolicited gifts. The palace “politely declined” the gesture and sent the freebies back.

A representative of Kate’s explained to MailOnline that: “In general terms, the policy of The Duke and Duchess of Cambridge is not to accept any unsolicited gifts unless the sender is known personally to His or Her Royal Highness.

“Any such gifts are returned to the sender with thanks and an explanation of Their Royal Highnesses’ policy.”