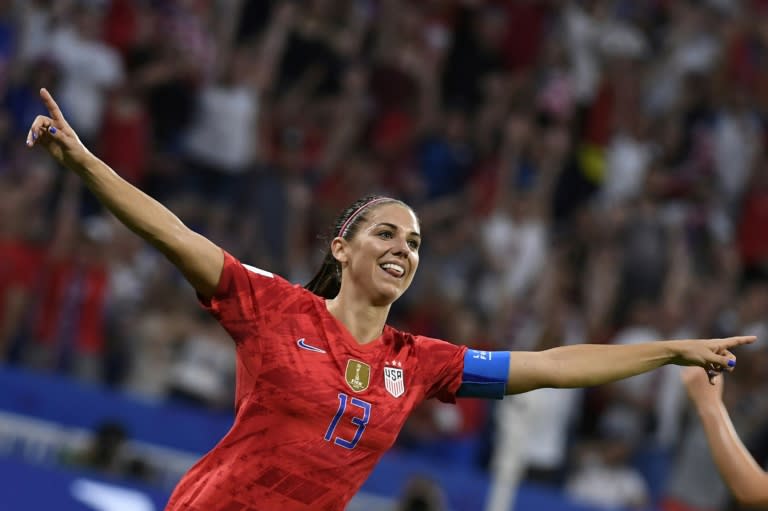 Just months after the coronavirus threatened to wipe out the huge gains made in English women’s football, the Women’s Super League is bouncing back as a major drawcard for many of the world’s top players.

Five American World Cup winners have signed for English sides for the 2020/21 season as well as the past two winners of UEFA’s women’s player of the year award, Pernille Harder and Lucy Bronze.

“It’s created such a buzz,” Kelly Simmons, the Football Association’s women’s professional game director told Sky Sports. “We’ve set out we want to be, the best women’s league in the world, that’s our vision.”

Sam Mewis and Rose Lavelle, who have joined Bronze at Manchester City, new Manchester United pair Christen Press and Tobin Heath and Tottenham’s Alex Morgan all played major roles in the USA’s World Cup win in France just over a year ago.

That tournament smashed audience records across the globe, including in England, where a peak audience of 11.7 million tuned in to watch the Lionesses’ agonising 2-1 semi-final defeat to the Americans.

Yet much of the momentum in the women’s game was lost when financial pressures meant the 2019/20 WSL season was not able to restart after the Covid-19 stoppage.

Chelsea were awarded the title on points per game, despite being one point behind City when the season was stopped — a solution that would have caused uproar had it been applied at the top of the men’s game. At the other end of the table, Liverpool were relegated.

But the other five of English football’s “Big Six” — United, City, Chelsea, Arsenal and Tottenham, have backed their women’s teams with major investment.

Bronze has returned to City after winning three Champions Leagues in three years at Lyon, along with fellow England international Alex Greenwood, who was also at the French club.

“I think that these sorts of players coming over is a symptom more generally of the men’s clubs supporting the women’s team a lot more,” said City defender Aoife Mannion.

“We have been fortunate here at City to have been taken under the umbrella much earlier than most teams. I think that is changing. I think other teams are getting on board as well.”

United and Tottenham are only in their second seasons in the WSL, but have signalled their intent to challenge the stranglehold of Arsenal, Chelsea and City by taking advantage of the American market.

Uncertainty over the National Women’s Soccer League in the States and the goal of making the US team for the Tokyo Olympics have lured marquee names across the Atlantic.

“It’s exciting for the women’s game in England and goes to show that the whole world is now looking at the league,” Tottenham women co-manager Karen Hills told AFP.

“The players that are working exceptionally hard to try and get into Olympic teams realise that this is a league doing everything it can on and off the pitch to make it as competitive as it can be every single week.”

Clubs are also alive to the commercial benefits of signing a star of the hugely popular US women’s national team. Morgan alone has more followers on Instagram (9.8 million) than Tottenham (8.7 million).

Arsenal are the only English club to have won the Women’s Champions League — and that was 13 years ago — but the decision of Bronze and Greenwood to return home and Harder’s move from German giants Wolfsburg to Chelsea show the WSL now has the pulling power the Premier League has long enjoyed.

“The club bringing over Christen and I shows that they’re very ambitious, that they want to compete now, they don’t want to wait, and that’s exactly what I love to do,” said Heath of United’s rapid rise in the women’s game.

“It’s so important for clubs with all this tradition, history, power, influence to have a women’s team. We see it in America all the time, how much the badge and the club means. It’s so encouraging for the global game at large.”