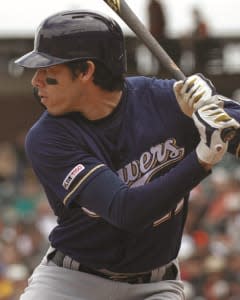 There are a lot of early start times across baseball on Thursday, leaving just five games for the main slate on Yahoo. While that doesn’t leave us with a ton of viable options, that doesn’t mean you can’t end the night a winner. Here are some players who could be set up to thrive.

Get ready for Tyler Chatwood ($35) chalk night. He’s off to an incredible start to the season, allowing one run and recording 19 strikeouts across 12.2 innings. He’s never had a strikeout rate above 22.8 percent during his career, so some regression is likely in the cards. However, that doesn’t mean the regression is coming Thursday. The Royals are an extremely favorable opponent given that they have averaged only 3.5 runs per game and have struck out the ninth-most times in the league.

The good news for the Orioles is that they have been able to play their series against the Marlins. The bad news is they haven’t been able to score any runs. While two of their games only went seven innings because they were part of a doubleheader, the Orioles have scored a total of one run across their three contests with the Marlins. Looking to take advantage of their cold bats will be Jordan Yamamoto ($25), who registered a 25.2 percent strikeout rate over his 15 starts last season. He’s tied for the cheapest pitching option on the slate, so he could be worth a look in tournament play.

Staying in the Marlins and Orioles game, Brian Anderson ($22) is someone to target at third base. Despite being limited to 126 games last year, he still set career-highs in home runs (20) and RBI (66) while recording a .342 wOBA. He has registered a hit in five of six games this season and will be facing the underwhelming Wade LeBlanc, who has a 1.33 WHIP and just a 17.2 percent strikeout rate for his career.

It’s been a rough start for Cavan Biggio ($22), who is 7-for-40 (.189) out of the gate. On the bright side, he has hit two home runs. This could be a favorable spot for him to break out against Touki Toussaint ($25), who registered a 1.68 WHIP in 2019. Biggio had added success against right-handed pitchers last year, recording a .350 wOBA against them compared to a .328 wOBA versus southpaws.

If you’re looking to try and exploit the Blue Jays’ matchup against Toussaint at a more budget-friendly price, Travis Shaw ($11) is someone to consider. He should be in the lineup with a righty on the mound after missing some time to deal with a personal matter. Before his disastrous 2019 campaign with the Brewers, he had recorded a wOBA of at least .373 against right-handed pitchers in back-to-back seasons.

After being unable to establish himself with the Blue Jays and Indians, Jon Berti ($10) might have found a home with the Marlins. He showed a power and speed combination through 73 games with them last season, recording six home runs and 17 stolen bases. Add in his .368 wOBA against lefties last year and he has some cheap upside against LeBlanc.

The Astros are short on starting pitching options, so they’ll turn to Bielak to make this start after his first two appearances of the season came out of the bullpen. He did mostly start at Triple-A last year, but his numbers weren’t great with his 4.41 ERA and 4.60 FIP. This could end up being a bullpen game for the Astros, which is not good news given their injuries. Starling Marte recorded two hits and two walks in Tuesday’s win and has been a steadying presence for his new team, logging at least one hit in eight of his 11 games.

Keller will be making his first start of the season after returning from COVID-19. He took a step backward from his strong 2018 rookie campaign, posting a 4.19 ERA and a 4.35 FIP as a full-time starter in 2019. His issue is his inability to keep runners off base, which resulted in his 1.35 WHIP in 2019. Since he also doesn’t miss many bats, this could be a perfect opportunity for Baez to break out of his early funk that has seen him hit 11-for-15 (.229). Baez is still racking up extra base hits, though, with three home runs and two doubles.

The Brewers offense has scuffled along this season, mainly because of the struggles of Yelich. He only has three hits and has struck out 16 times across 37 plate appearances. Although facing a left-handed pitcher might not exactly be ideal, at least he’s not dealing with a hard thrower in Gonzalez, who has a career 22.6 percent strikeout rate. Gonzalez has also allowed his share of base runners, resulting in a career 1.32 WHIP. Garcia is still looking for his first home run, but he’s one of the few Brewers who is hitting well right now after going 6-for-20 with three doubles over his last six games.